Working at ASTRON means working in an international environment with highly skilled professionals in a result-oriented, academic atmosphere. Whether you're an astronomer, engineer, software developer, technician or support staff, your job at ASTRON is innovative and ground breaking.
View our vacancies

Working at ASTRON is working in an international scientific work environment, where you are passionate with your work, where we every day all work in making discoveries in radio astronomy and on the latest techniques for radio astronomy. We are ambitious and curious. Curious about the universe, the origin, structure and new stars and galaxies. Ambitious to make discoveries possible. Also, we are perhaps a tad stubborn or obstinate. These features connects us.

To achieve our mission we need colleagues with (specific) knowledge, expertise and skills with regard to a number of what we call core competencies. These core competencies along with the together with the previously mentioned characteristics and the stories of our employees form a good image of our culture. These ingredients are the basis for our existence.

If you come work with us we encourage you to be innovative and courageous to fulfil our mission. We ask you to generate solutions and new ideas by means of imagination, creativity and the ability to get things done. With us you are able to discover new methods that replace existing methods and techniques. Thereby you should dare to take calculated risks based on a focus on quality.

With us you will work within an international scientific environment. We are diverse. Our organization is currently formed by a multi-coloured palette of employees from different countries. This creates beautiful and interesting collaborations. Here within The Netherlands but also abroad. Here with us, we find it important that you take a broad outlook. Focuses on international collaboration.

We like to share our ideas and opinions with others, preferably in comprehensible language and in an approachable manner. We want to be open to our environment and each other. We give each other solicited and unsolicited feedback and we are always open to getting feedback.

The choice to work at ASTRON was one I could make immediate. I wanted to enjoy working in a high tech environment, but also have the opportunity to keep developing myself. The beautiful surroundings in which ASTRON is located, the Dwingelderveld, made my decision very easy.

Before I came to work at ASTRON, I had a job at a high-quality technology company. After that I wanted to work in a similar and challenging work environment. So I ended up at ASTRON.

From an early age I knew I wanted to become an astronomer, and I chose to study astronomy after high school. During my PhD research, that focussed on the precise measurement of radio pulsars, I gained a lot of experience in observing with the Westerbork Synthesis Radio Telescope. The wide range of project that I […]

On 23 April 149, the forerunner of ASTRON, SRZM (stichting Radiostraling van Zon en Melkweg/ Netherlands Foundation for Radio Astronomy) was officially founded with Prof. Jan Oort as chairman of the Board, a position he held until his retirement in 1970. SRZM was set up to prepare for the design, construction and operation of the Dwingeloo Telescope.

On 23 April 149, the forerunner of ASTRON, SRZM (stichting Radiostraling van Zon en Melkweg/ Netherlands Foundation for Radio Astronomy) was officially founded with Prof. Jan Oort as chairman of the Board, a position he held until his retirement in 1970. SRZM was set up to prepare for the design, construction and operation of the Dwingeloo Telescope.

The WSRT is expanded to include two new telescopes, increasing the baseline length to 3 km. This doubles the spatial resolution of the telescope. Cooled receivers are also introduced at 6 and 21 cm.

ASTRON is at the forefront of conceiving the original concept of the Square Kilometre Array – this will later emerge as one of the most ambitious global mega-science projects of the 21st century.

The Joint institute for VLBI in Europe is established, hosted by ASTRON. The EVEN Correlator is formally opened in 1998.

A new upgrade of the WSRT commences with the installation of the first APERTIF PAFs (Phased Array Feeds).

The SKA telescope is under construction.

ASTRON is an institute that is part of NWO-i, the Institutes Organisation that falls under the Dutch Research Council (NWO). NWO-i is an independent foundation belonging to NWO.

Word from a staff member
Emanuela Orrù
Telescope scientist
During my studies, I realised that I wanted to work in radio astronomy. In my second year, I decided to focus on radio astronomy. My professor pointed out to me that ASTRON build a new radio telescope in the middle of Europe.
Read more
Current Vacancies
Innovation & Systems 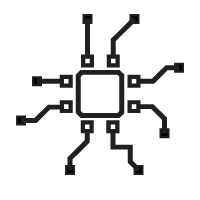